ELNITCO was the first pioneer internationally reputed and locally based company that was selected and contracted by Abu Dhabi Municipality on August 10, 2002 to execute in the eastern region, 5 years O&M contract for their Sewage Treatment Plants (STP’s), Pumping Stations & Sewers Network. The said contract was extended twice up to February 28 , 2008. ELNITCO, based on its performance, entered into contracts with Abu Dhabi Municipality for the total western regions areas I & II on August 3, 2003 and on June 9, 2005 respectively. The said contracts were transferred from Abu Dhabi Municipality to ADSSC on January 1st, 2006. 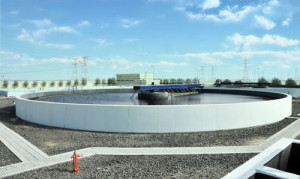 Through its many and diverse worldwide contacts and associations, ELNITCO has the capacity to carry out projects and services of a highly specialized nature in joint agreement with other international organizations of repute and has knowledge of and access to materials and expertise from various sources.